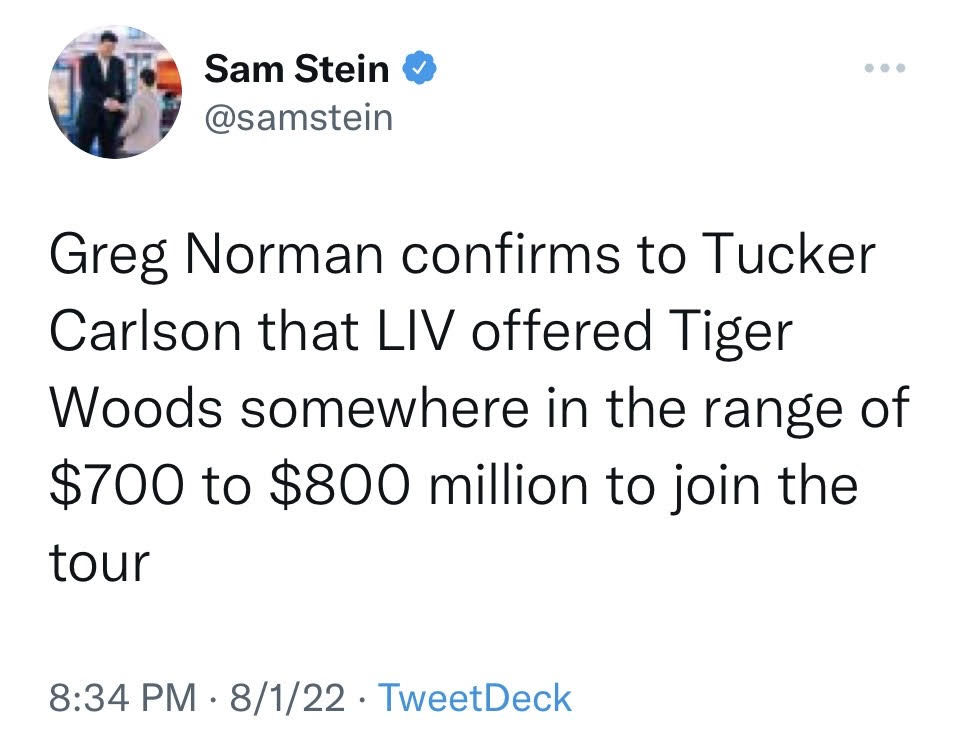 “The number has been out there, yes” Norman confirmed on Tucker Carlson Tonight on Monday night.

“The players who have chosen to go to LIV and play there, I disagree with it,” Tiger Woods said. “I think that what they’ve done is they have turned their back on what has allowed them to get to this position.”