Josh York’s mobile gym company has seen a huge increase in business lately, all due to the coronavirus epidemic that’s making people shy away from hitting the gym but not wanting to give up on their workout routine. Luckily, GYMGUYZ already had the perfect business model in place to accommodate their needs.

Back in 2008, Josh York had an idea. If his clients couldn’t make it to the gym, he’d bring the gym to his clients. And that simple idea – like the germ of many other successful businesses – disrupted an industry while also creating a new market demand.

“One of my clients said ‘I wish you could come to my house,’” York explained in a phone interview with LongIsland.com.

And that comment was the seed for a wildly successful enterprise he called GYMGUYZ. Also, like so many other entrepreneurs, York’s story began in a humble setting in New Hyde Park on Long Island. 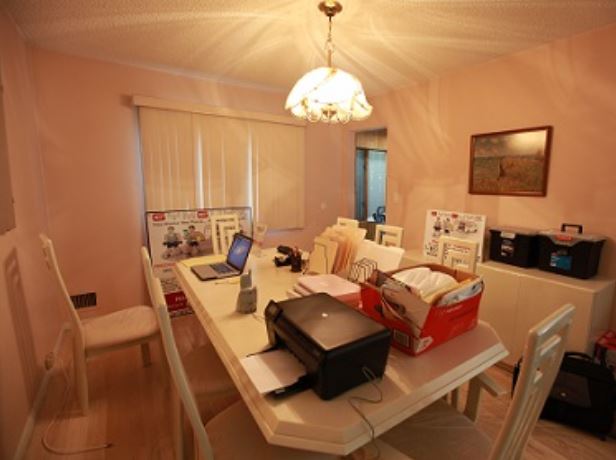 Where it all began. A dining room in New Hyde Park. Photo: Courtesy of Josh York.

The 36-year-old certified personal trainer who got his business degree from CW Post blew that vision up into a company with over 240 locations in more than 30 states in three countries. Yes, GYMGUYZ is international even though it’s headquartered right here on Long Island in Plainview.

The GYMGUYZ concept is to bring the entire gym plus personal trainer to you. No matter where you are – home or office – they go wherever and whenever.

You might have spotted his red van driving around the Island and wondered what was inside.

“We have enough equipment in the vans to provide a fantastic workout 365 days a year,” York explained. They have free weights, resistance bands, medicine balls, yoga gear, kickboxing equipment, and more.

His concept and his intense drive was what grew his business but recently York has seen a dramatic uptick in his client calls. 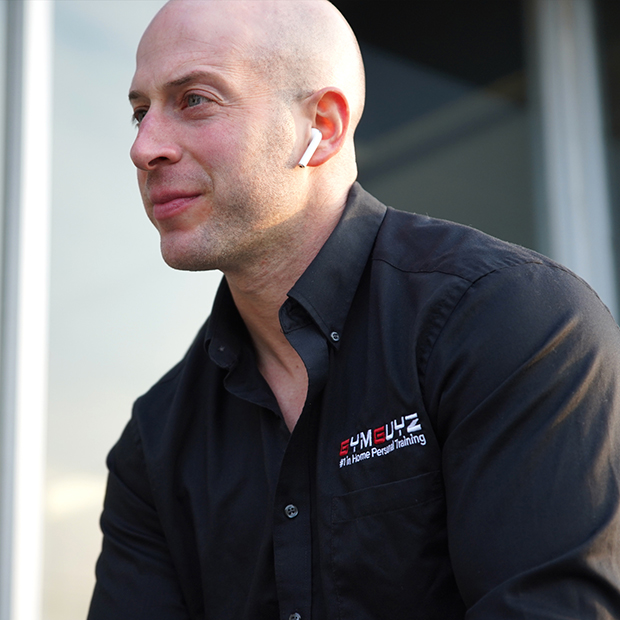 Even in the best of times the gym can be a germy place. Sweat left on the equipment. Close quarters. Add to that the current health crisis and it’s a deal breaker for many people.

But they all still want their workouts.

Two weeks ago the phone began to ring and since then York estimates business has been up by about 40%.

“It’s been pretty crazy,” said York. “We’ve seen a huge increase across the board.”

Everywhere York has a franchise, he’s seen requests for his service go up. That kind of growth in such a short period of time might be a blessing in disguise to many businesses but York isn’t worried.

“We’re always hiring and we have no problem meeting demand,” he said.

By bringing the complete workout to you, GYMGUYZ is helping people keep up with their routines while also assisting with the suggestions of healthcare officials to avoid large gatherings. And their equipment is sanitary.

He thinks this short-term boost will be a boon for his brand. Normally GYMGUYZ has about an 88% client retention rate and York expects most of these new sign-ups to stick around.

“Our service is so amazing and so valuable,” he said. “It saves so much time and we actually deliver results.”

While a good workout might not prevent you from getting sick in the first place, York thinks that staying healthy will help with your body’s resistance and ability to fight off infection.