Uniondale, NY – A Nassau County Supreme Court jury this week found Robert Rip, formerly an independent candidate for Oyster Bay Town Supervisor, libel, for libelous statements he posted on Facebook and also shared and subsequently published in Newsday in 2017, about Stan Carey, Superintendent of the Massapequa Water District.  This favorable ruling came after almost 3 years of litigation, during which an injunction was obtained for any further libelous statements. 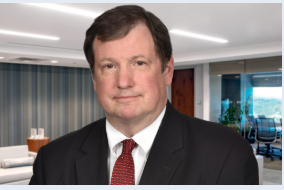 Stan Carey stated he was happy with the verdict and that it was important that social media not be used to falsely accuse public officials.  Mr. Carey was represented by E. Christopher Murray and Melissa Sanderleaf of Ruskin Moscou Faltischek, P.C..  Mr. Murray stated,  “This outcome means that our public officials have rights to their reputations and do not have to sit back and allow people to make false allegations against them.”

E. Christopher Murray is a Partner in the Litigation Department at Ruskin Moscou Faltischek, P.C., he is also Chair of the Environmental and Land Use Practice Group. Mr. Murray’s experience includes litigation and administrative hearings involving a variety of environmental issues including SEQRA compliance, violations of New York and federal law concerning the disposal of hazardous waste, challenges to the denial of wetland permits and CERCLA liability. Mr. Murray also advises clients regarding compliance with environmental and zoning laws and regulations.

Melissa Sanderleaf is an Associate at Ruskin Moscou Faltischek P.C., where she is a member of the firm’s Litigation Department. Ms. Sanderleaf is a commercial litigator with significant experience before both federal and state courts.  In addition to her litigation practice, she has also handled arbitrations and mediations of complex disputes.  Ms. Sanderleaf counsels and advocates for clients on a variety of matters regarding complex commercial and residential real estate, general commercial contracts, trade secrets, copyrights and trademarks, as well as financial and business related disputes.

Share
Previous ArticleGovornor Cuomo: “Gatherings with 500 people or more will not be permitted in NYS.”
Next Article Nassau Veterans Memorial Coliseum Announces Restrictions on Group Gatherings